Books in the House

Although I buy quite a few Kindle books on a weekly basis, it’s been a while since I put in a big order for print works. One thing of interest came in last week and a bunch more today. So here’s where I spent some money:

1. Warbirds of Mars, edited by Vaughn and Gilmour. This is a collection of connected short stories about the human resistance to conquerors from Mars.  I love the concept but haven’t started reading it yet. 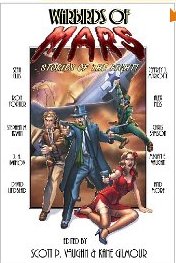 2. This is Gonna Hurt, a book about music, photography and life by Nikki Sixx. I’ve already read this. Not a lot of new stuff if you’ve read his Heroin Diaries, but it certainly held my interest. He has apparently really gotten into photography and has sprinkled quite a few odd shots throughout . It also has quite a bit of his philosophy of life in it, things he’s learned from his experiences. I’m not much of a fan of such things; they generally appear pretty self-evident. I learned a little more about his childhood and his music, which is what I was most interested in. Most of the music stuff had to do with Sixx A.M rather than Motley, which is not particularly what I care about. 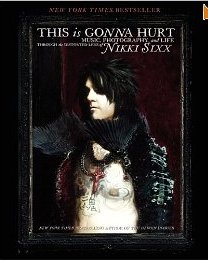 3. Proactive Contrition: A Meta-Memoir, by Wayne Allen Sallee. Wayne is an extraordinary short story writer. I’m not quite sure what to expect from this “meta-memoir,” though, but I know it’ll be surprising, entertaining, and will make me think. 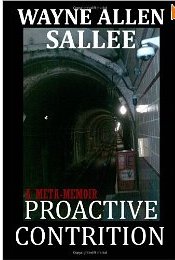 4. The Saga of Dray Prescot: The Lohvian Cycle books 1 and 2, by Kenneth Bulmer.  This is a two volume set, each of which collects three of the Dray Prescot books that were not originally published in English during the original run of the series. They were published only in German. They have since been brought out in English in ebooks, which I bought already, but I wanted the print copies. Each volume has three books in it. I’ve read the first two from book one but still have four more complete novels to go. Looking forward to getting into these.  The cover below is for volume 1 but 2 is the same cover with II on it. Interestingly, the second volume includes a “compendium” much like I was thinking of adding to Wraith of Talera. 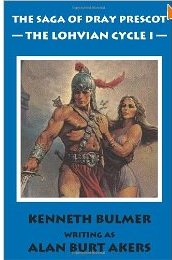 Speaking of Wraith of Talera, sitting on my desk right now is the contract from Borgo Press, as an imprint of Wildside Press, for the book.  I wrote a lot of rough draft and outlined the last few chapters yesterday so I expect to have the book finished and turned in by August. Since this one will be part of a duology, I am considering starting the next one immediately after Wraith is done. That one will be called Gods of Talera.
----
----

Posted by Charles Gramlich at 12:48 AM

Looking forward to that Talera book.

It'll be great to see Talera back in action.

Cool beans, great titles ~ and ja~! a salute to Talera~!

Congratulations on the contract,
Charles. Those are some good books you have there, all new titles for me.

I've wondered about those Sixx memoirs. Gina and I joke that books like that all have the same cut and paste subtitle: "My Nightmare of Booze and Pills." Great news on Talera!

I've never given any thought to the Sixx books. I didn't even make it through the Motley Crue biography.

However, one of the photography sites I follow had a 2-part series on Nikki and his work, and it was pretty awesome. Great street photography, which is probably my favorite variety.

Paul, I've been having a lot of fun with the new Talera book.

Prashant, I've been a huge fan of the Dray Prescot series over the years, have read all 38 of the previous books.

Shauna, thankee! Me too.

Richard, Nikki Sixx did that in the Heroin Diaries. he's somewhat more upbeat and positive in this one.

Chris, I've been a fan of Motley's music for a long time, and Sixx is the driving force behind that.

How do you find all these books, Charles? :-) The Warbirds looks very cool!
And so does the new contract! Congratulations!

I'm reading The Demon Haunted World by Carl Sagan right now. It's been sitting here for about a year and it's about time I took it in.

And munching on a candy stash leftover from Easter... a minor boom in candy. Speaking of which, how's the ant boomtown around the snake? Or has some critter come along and jumped their claim? ;)

An interesting bunch for sure!

I'm glad you're moving along well on 'Wraith'. August is just around the corner so the heat is on. :)

Vesper, I find out about a lot of them on the blogs, and on facebook groups for various writers that I belong to.

Good luck in Talera, Charles. i'm sure you're mised there ;)

Deka, was good to get back and see the old crew. :)

Well, my ex-wife did say I was "visceral."

About the cover of Warbirds of Mars, edited by Vaughn and Gilmour.

Okay, so I'm over seventy.

Sounds like a good mix of books. Congrats on the progress with Wraith! Got a lot of books I've been meaning to read too -- just got a copy of Inhuman, zombie haiku by Josh Gage. Looking forward to starting that one.

Ivan, I think the word for you is 'incorrigible." :)

Greg, zombie haiku. I'm proud of being one of the first people to do vampire haiku. Back quite a long time ago now.

Jodi, We shall soon see.

Laughingwolf, I appreciate it, man.