Though I’d heard his name often enough, I didn’t discover Harlan Coben as a reader until I picked up “The Woods” by him in February of 2017. Here is my review on Goodreads: 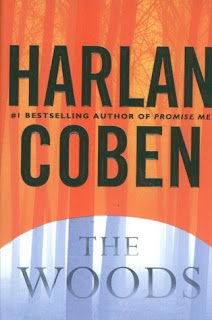 “Very good. A standout mystery thriller that keeps the twists and turns coming. Well developed characters that you can root for, but who are certainly not perfect. I found myself irritated at interruptions that kept me from turning the pages and I think that is a pretty good recommendation. I'd not previously read anything by Coben but I'll be looking for more.”

Despite liking “The Woods” so much, it wasn’t until January of this year (2018) that I read my second Coben book—Darkest Fear. I loved it even more than “The Woods” and immediately headed to the bookstore and online to get more of his works. Here’s what I said about Darkest Fear. 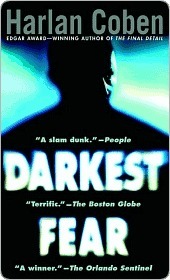 “Wow, what a very fine book. The best I've read in a while. This is a good example of a page turner. I was completely caught up in the story and the characters. I've only read one Coben before, The Woods, which I also highly recommend. This is the first one I've read in the Bolitar series but I'm off to pick up the rest of them now. A very talented author.”

Since January 1st, 2018, I’ve read four more Coben books. This is rather unprecedent for me. I hardly ever select works from the same writer so close together. It goes to show how much I am enjoying his work. Here are some quick reviews below:


Six Years: “Really good. A professor uncovers the mystery of why the woman he loved suddenly married another man and made him promise never to try and contact her again. Layer upon layer of secrets are uncovered. Excellent plotting and very fine characters.” 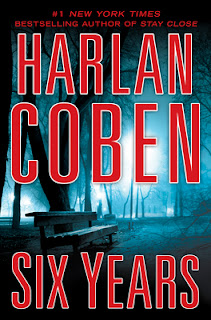 Fade Away: “The third book I've read by Harlan Coben. This is also 3rd in the Myron Bolitar series. This is my least favorite of Coben's works so far, but it still gets 4 stars. A really good writer capable of creating very interesting characters and wrapping an exciting and intricate plot around them. Starting another Coben book tonight.” 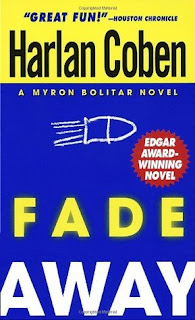 The Innocent: My favorite so far: “An outstanding thriller. My favorite so far from Coben, which is saying a lot because I've liked everything I've read by him so far. It's a long book but I came close to finishing it in one session. That's how much I liked it. I did finish in two sessions and it was the kind of book where you close the last page and get that little feeling of melancholia because it's over. I highly recommend it.” 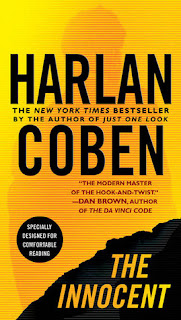 Gone for Good: This is the only one of Coben’s books so far that I didn’t just love. I still liked it, though. Here are my comments on Goodreads: “Is there such a thing as too complicated? Maybe, and maybe this one slips into that territory. I enjoyed it. Good writing. Interesting characters. I felt rather lost quite a bit of the time, particularly early. The ending was good.” 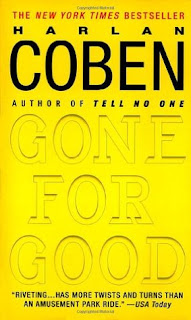 In short, I love me some Harlan Coben. Excellent storyteller and I highly recommend him.

Posted by Charles Gramlich at 9:24 AM 11 comments:

The Kreutzer Sonata and Other Short Stories

So, I’ve now read my first Tolstoy. Not War and Peace. I haven’t the strength yet. I read a collection called The Kreutzer Sonata, which contains three longish short stories: "How Much Land Does a Man Need," "The Death of Ivan Ilych," and "The Kreutzer Sonata.”


Before I talk about the stories, some folks might ask me why I waited so long to read Tolstoy. I’m nearing my sixth decade. I blame high school English and literature classes. I already loved reading before I started Junior high. I read a bit of everything but particularly enjoyed animal stories, football tales, westerns, and SF/Fantasy. I hadn’t really been introduced to the “classics,” but in school we read such offerings as “The Grapes of Wrath,” “Silas Marner,” “The Great Gatsby,” and “The Scarlet Letter.” Grapes was about farmers, which my family was. It was long, with no action, and the settings were very familiar. When I reread it as an adult I appreciated it. But not as a teenager. As for “Silas Marner,” I still think it’s one of the worst books I’ve ever read. Gatsby was actually rather enjoyable because it introduced me to a world I didn’t know, but it still didn’t have the excitement I craved. And Scarlet Letter was much the same, interesting, but not a page turner. I decided after these experiences that the “classics” were generally unimaginative, long, dealt strictly with internal rather than external experiences, and, worst of all, were boring.


In my mid-twenties I came back to the “classics” when I started reading Hemingway and realized that things ‘can’ happen in classic tales. “The Old Man and the Sea” is a great example. I also came to appreciate internal experiences more, and since that time I’ve read a lot of the classics but have certainly not caught up with everything I should read.


And now for Tolstoy and this collection. Seeing as how this is a translation, I can’t make much judgement about Tolstoy’s prose directly. These tales are well and simply told. There’s not much beauty in the prose—in the translation, but there is excellent scene setting and Tolstoy seems able to involve you in the tale quickly. The stories are long and a bit slow for modern readers, but it’s not unbearable and the interesting things that happen keep you reading. I gave the collection four stars, which is pretty darn good. With the exception of “How Much Land,” and the ending of “The Kreutzer Sonata,” these stories are almost exclusively “internal experiences.” Almost no action, mostly telling, with very little showing. Despite these negatives, the tales are compelling, especially “Ivan Ilych” and “Kreutzer.” They are compelling because they lay out moment by moment high level emotional destruction of a human being, and they are paced nearly perfectly to wring the most out of the reader.


“The Death of Ivan Ilych” is just that, a story about one man coming to grips with his impending death. The fears, the hopes, the pleading. They are all there in superb detail. I found the ending excruciating and was glad of it. “The Kreutzer Sonata” is about the destruction of a marriage through jealousy. The last sections of that are also excruciating but pretty close to ‘page turning’ intensity. The internalized experiences of the characters in these stories rang absolutely “true” to me, and that is the mark of a very good observer of human behavior. Tolstoy certainly hit the mark square center. I highly recommend this collection.


I’ve already picked up another collection of Tolstoy’s short stories and will start reading that soon. And then? Maybe War and Peace.
Posted by Charles Gramlich at 9:40 AM 17 comments: