The Sleep of the Weird

I had two sleep paralysis attacks last night. I've had them before but never two in one night. And it's been a while since I've had any. These two were actually pretty frightening, and given that I'm alone in the house at the moment with Lana gone for a few days, it didn't help me get a good night's sleep.

Sleep paralysis comes in two varieties. The most common type is when you wake up completely from a dream and find yourself still paralyzed from the neck down. You probably know that your body becomes paralyzed when you dream to keep you from acting out your dreams. In this type of sleep paralysis, your eyes are open and you are aware of the world around you as it normally exists. This type usually lasts only a few seconds to a few minutes, but it can go on longer. I've had it, but never for more than a few seconds. I don't know of any case where it has ever become permanent, but I'm sure it is frightening for those who experience it. It was for me, although I understood exactly what was happening and that helped.

I don't typically have that kind of sleep paralysis, though. In the kind that I have, you 'think' you are completely awake but there are still dreaming events taking place. However, you are aware that you are paralyzed, and you can't break the paralysis simply by willing it. You are unaware of exactly which experiences that are happening to you are real, and which ones are dreaming. And often the experiences are quite frightening. Being rational about the events can help but it doesn't completely eliminate the fear. At least for me.

I've had some doozies when it comes to sleep paralysis experiences. Last night's were neither the most frightening, nor the least. In the first experience, I "woke up" to find myself paralyzed and in complete blackness. An entity was present and it kept brushing against me. The feeling was kind of like being brushed by wings. I couldn't see it but had a sense of it being malevolent. My first terrifying thought was that something was trying to possess me. Then my mind cleared and I realized I was experiencing sleep paralysis. I tried to will myself to sit up and could not move more than a twitch. I then did what I've learned to do to break the experience. That is, instead of struggling, I will myself to completely relax. The paralysis broke almost immediately and I sat up. It took me a while to get back to sleep.

In the second experience, I again "woke up" in blackness and found that the "entity" had returned. It seemed to be all around me. The nearest I can come to describing it is that it felt like a strong breeze blowing against me. There was nothing rational about my initial response. I snarled at it, then shouted that it wouldn't get me. The paralysis immediately disappeared and I woke up for real. I knew the shouting had only been in my head. I think this is about the closest I've come to the experience that people have called "A Witch Riding Your Back."

Sleep paralysis occurs most frequently when people sleep on their backs, and this has been the case in just about every such experience I've had. The first attack last night I wasn't completely on my back. But I was the second time because I was still afraid from the first attack, even though my rational mind understood what had happened. Even though I didn't really want to turn on my side after these experiences, I made myself do so to minimize any further chance of attacks, and I managed to avoid any.

I did, however, have one other interesting dream experience last night. I actually had a deja vu experience within a dream. I dreamed I was talking to Lana and she was telling me about a bunch of ants in a big garbage bin, and I was thinking, 'we've had this conversation before,' and then I woke up. That one was good for a laugh, which was a welcome change from the other two experiences of the evening.

Posted by Charles Gramlich at 8:12 AM 19 comments:

Short Story Published, and Other Things.

I've already been remiss in the new year about posting on my blog, and haven't even visited blogs as often as I used to. It's been hard to get untracked for a variety of reasons. However, a couple of good things have happened very recently. I thought they were worth sharing.

First, a story of mine called "Down Home" has just gone up online at Deep South Magazine. Check it out if you get the chance. It's free to read. This is more of a literary story than most tales that folks have seen from me, but I've always tried to write in all kinds of genres and don't want to be restricted to just one.

In other news, a student of mine, L. M. Labat, has just had a first novel published, called The Sanguinarian Id. I read this book in manuscript form and worked with L. M. on query letters and that sort of thing. There's a blurb from me on the back cover. I much enjoyed the book and I know the author has other works planned in what is likely to become a series. It's an enjoyable read so if you get a chance, check it out. L. M. is also an extremely talented artist and the book is liberally illustrated with wonderful sketches that give the piece a kind old timey feel. If you wanted to have a look at some of the illustrations, the author's website is here.

In the last couple of weeks I’ve spent almost four full work days doing nothing more than online training for various things. First, I went through an extensive online study program where I was required to make better than 85% on numerous quizzes in order to get my certificate, which I’m required to have in order to chair a big research committee at my work. It is, by the way, a committee that I have absolutely zero desire to chair.

Next, all Xavier faculty are now required to go through an online training course on harassment and how to recognize and report it. Numerous quizzes are found along the way. This one included watching a lot of videos and “what would you do” scenarios.

Third, our Department is going to start using the Strong Interest Inventory to help with advising students on career goals. That meant more study. I ended up taking the test myself as part of this process, and found that my major interests seem to be artistic ones. If only that darn writing thing would earn me more than pennies on the hour.

Fourth, the faculty were required to watch a rather lengthy video on what to do in an active shooter situation. The key guidelines appear to be, run if you can, hide if you can’t run, and fight if you have to. I’m thinking that’s probably good advice.

Although all of these things are worthwhile at some level, I’m beginning to wonder when I’m supposed to get my regular work done. You know, that old fashioned thing they call “teaching.” And I’m starting to wonder if I shouldn’t be compensated for all the added activities that seem to have become part of my job of late. One of the surveys asked me about my work hours versus leisure hours. I'd have more leisure if it wasn't for all the extra work stuff I'm supposed to do.
Posted by Charles Gramlich at 10:23 AM 20 comments:

Some Favorite Reads of 2015

I tend to read a lot of books and oftentimes the years kind of run together. Fortunately, Goodreads, where I review all my reads these days, keeps the records that I don’t have handy myself. Here are some of my favorite reads for 2015. There’s no particular order here. And it’s not comprehensive. These are just some of the books that have stayed with me.  I’ve included links to Amazon here but if you want to see my complete reviews, they are all on Goodreads. 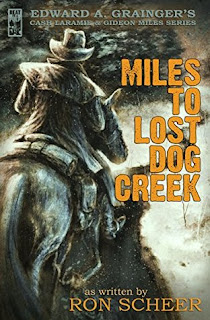 Miles to Lost Dog Creek, by Ron Scheer: We lost Ron this year. Wish he were still around to write more fine westerns like this. 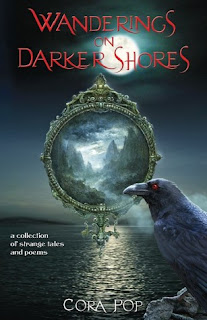 Wanderings on Darker Shores, by Cora Pop: A really delightful collection of short stories and poetry in the darker vein. 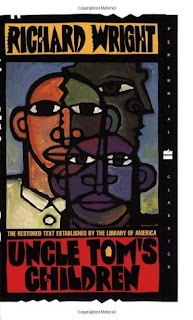 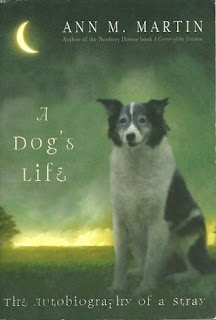 A Dog’s Life, by Ann M. Martin: I’ve always been a sucker for animal stories. 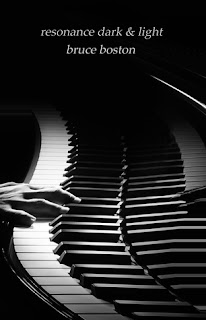 Resonance: Dark and Light, by Bruce Boston: Great speculative poetry collection. A big influence on some of the poetry I’ve been trying to write lately. 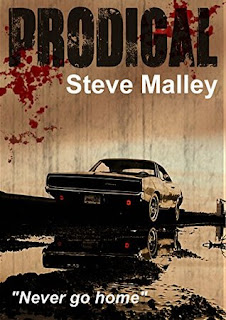 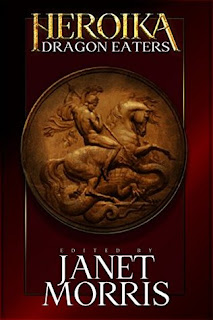 Herokia 1: Dragon Eaters, by Janet Morris (Contributor and editor): A collection of dragon stories, of all different kinds. Good stuff. 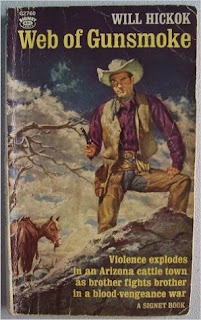 Web of Gunsmoke, by Will Hickok: Another great western tale. 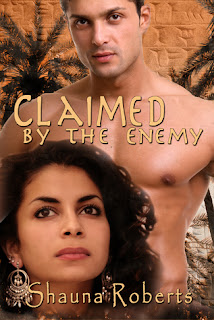