The Power of Coincidence

I was working on book 4 in the Concho: Texas Ranger series this morning when an odd event occurred. Concho is half Kickapoo and there's a fair amount of Native American lore in the series. Since I did not grow up in that culture, I've had to do a lot of research. And it's been both fun and enlightening. I do not want to use what I've learned as a mere "leavening" in the stories. And I haven't. I've tried to incorporate all such information in a respectful manner.

Concho, for example, is a modern, educated man. He starts the series not having any belief in spiritual forces. But as the books continued I wanted him to have some experiences that force him to rethink. Many of these experiences are connected to a character named Meskwaa, an elder of the Kickapoo who is a friend and something of a mentor to Concho--as well as providing some biting but often humorous dialogue. 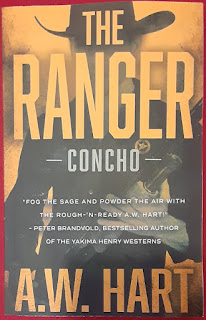 I was writing a Meskwaa scene this morning where Meskwaa encounters what the Kickapoo refer to as the Thunder Beings. I was reading about the Thunder Beings and had just highlighted a piece of text giving the name of a Thunder Being in preparation of copying it into the manuscript--to get the spelling right--when a tremendous cannon shot of thunder boomed directly outside my window.  The house shuddered but the lights didn't even flicker.

I've heard thunder boomers before, of course. And it was raining here. However, there'd been no previous thunder this morning, and none after  until much later in the day. And that single boom was the loudest one I'd ever heard. I'm not afraid of storms but I jumped at that boom.

Coincidence? Almost certainly. But such a coincidence! It changed my day. For a while, at least, I felt the power of the numinous.

Email ThisBlogThis!Share to TwitterShare to FacebookShare to Pinterest
Labels: The Ranger, thunder 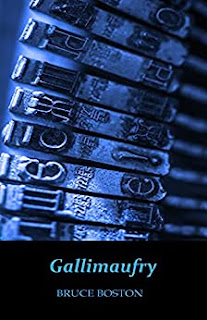 Bruce Boston is a Bram Stoker Award winner, but that says little about the breadth and depth of his talent. As others have remarked on his work, you’ll find facets of language and story that resonate with the art of Ray Bradbury, Philip K. Dick, Franz Kafka, George Orwell, Dylan Thomas, and Oscar Wilde in his offerings.  But all of his work is uniquely “Boston,” and I hope that someday, someone will remark that they see a little of Bruce Boston in my work. It would be a high honor.

This is a collection of Boston’s short stories that span some fifty years of his life. Every single one of these is a small jewel of effort and art, from the profound sadness of “Cold Finale,” written with Marge Simon, to the absolute hilarity of “An Unrecognized Masterwork,” to the peyote-like stream of images in “Surreal Chess (which I desperately wish I’d written.)

Let Boston tell you where luck comes from in “Tales of the Dead Wizard,” or scratch an itch with “The Infernal Itch.” I highly recommend this collection. I loved it.

You can find it here!

Posted by Charles Gramlich at 11:29 AM 3 comments: