Who could have thought that one of my favorite memories of all time would involve tennis shoes. Here’s a picture of mine. I love the Velcro straps, a real boon to an old man like me. But that’s not the memory. 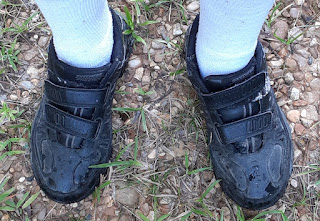 A few months back we were babysitting our beautiful grandson, Silas. I’ve mentioned before how sweet he is. On this day, he wanted to play in the backyard so I slipped on my shoes. But it’s not easy for me to bend all the way over from a standing position to fasten the straps. Silas, on his own, without any prompting, bent down and fastened the straps on both shoes for me. Of course, he’s a lot closer to the ground than I am. But he wasn’t even two years old yet.

I told Lana this morning that I was never going to be able to get rid of these shoes. Every time I put them on I get a big grin on my face as I remember Silas helping out his grandpa. Below is a picture of the little cutey, taken by his mom, Heidi. Sure am glad I’m still around to see him growing. 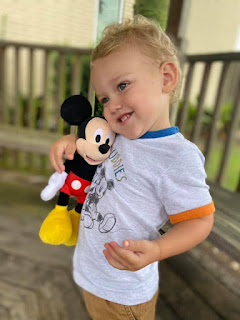 Posted by Charles Gramlich at 9:59 AM 6 comments:

Have to admit I was a little scared when Paul Bishop of Wolfpack Publishing offered me a chance to write the first book in The Ranger: Concho series, as A. W. Hart. I’d written books for the Avenging Angels and the Black Rose, but to “begin” a series was something else again. However, the character outline he gave me was intriguing, and challenging. There seemed to be lots of interesting possibilities. Within an hour of talking to Paul and asking for a little time to think, I knew I wanted to do it. The ideas were already spinning in my head. 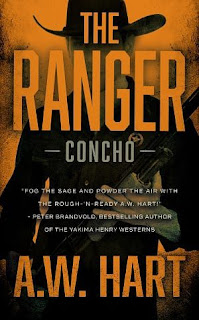 I’m not as good of a person as Concho, but a few of his characteristics and mannerisms come straight out of me: the foods he enjoys, his love of reading, even his inability to arch an eyebrow. The fact that he is a talker. I didn’t want to create another laconic Texas Ranger hero. Concho talks, jokes, laughs. He likes words, as I do.

Thank YOU for reading!