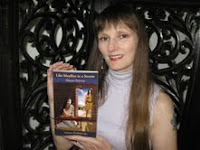 I’m very pleased to announce that I’ve joined the wonderful blogging crew over at Novel Spaces. That blog is one year old now and I’ve been a frequent visitor since it began. I’ve even done a guest blog for them before. But now I’ll become a regular, which means I’ll be posting there a couple of times a month on subjects specific to writing and publishing. Razored Zen will still be my primary blog, but I’m looking forward to interacting with the folks at Novel Spaces. I know a couple of them very well and hope to get to know everyone well soon. I hope you’ll check it out.

I am also going to be blogging, although probably somewhat less regularly, over at Elder Signs Press’s Blog. Our fellow blogger and fine writer Stewart Sternberg is organizing that. I already did my first post over there, on Robert E. Howard.

I'll be sure to add the bookmarks so I can keep up with you!

Thanks for the tip. Just checked it out and added to my blog roll.

You are busy-errr now. But nothing like taking up new challenges in life. And busy is good.

Will check out the blogs and bookmark them too.

Good for you Charles. Who needs sleep when you can be up writing ! Keep the train rolling.

I clicked onto novel spaces and I am hugely impressed.
I was especially intrigued by the "are you a published or unpublished writer" part.

By Novel Spaces definition a published writer is one who gets actual money for a work from professionals in publishing.
If you have self-published six books, say, you are still unpublished!
Hm. This works a bit on my various insecurities.
I have published about three million words in the press and the magazines, for which I was paid.
But this was largely journalism and essays; all work was paid for, and handsomely.
But college magazine publishing of your work doesn't count? Egad. This was my claim to fame when I was twenyish. Nope... Doesn't count.
Well, Ryerson University did pay me ten bucks once for a short story and some poems.
It was all buckhee?
As far as my novels go, I only got one published by professionals, serialized in TOPIC magazine, for which I was pait $360 oldfashioned dollars, about a thousand dollars today.
My Light Over Newmarket had pretty good sales and I brag that it was a Central Ontario best- seller...But it was published under my own Island Grove Press!
There are five Island Grove Press books in the Newmarket ON Public library. By strict definition, this makes one "published".
But one had to do a hell of a lot of self-promotion.

Thank God someone took pity on me.
I am now with Warbrooke Publishers, Montreal....
But the book still has to come out to make me a bona fide "published writer?"
Egad. Three million word is professional print, and I am still insecure.
Insecure because recently, even though I considered myself a pro, I was somewhat rudely rejected by House of Anansi here in Toronto.

I think I cried on the shoulder of Heather who sometimes comments here.
She said, relax, use a little ingenuity. You'll come out of it.

Well, thank god for Warbrooke Publishers out of Montreal.
The Frog Prince had to go to Quebec?

Three million words in professional print and I am still insecure.
One editor in Toronto, talking to another, said, with some hint of laugh, "I have one Ivan Prokopchuk for you. He French Canadian."

Well, the French seem to like me!
Rebel with a cause?

Thanks, big guy, and good luck.

Ocean girl, I guess I must like to be busy.

RRN, I do need naps, though.

Ivan, I find that almost all writers are constantly insecure. I tend to make money off the stuff I write but not enough to quit my day job. I'm about to self publish an ebook under my own press, though. If I make money I'll consider it a professional job.

Ron, thanks for visiting.

Read your piece on Robert Howard. Nicely done. Was the film about him with Vincent D'Onofrio anywhere near accurate?

If you ever find one of those gizmos to slow down time be sure to let us know. I'd sure like to slow down this runaway freight train. :)

Ron, The Whole Wide World was actually very well done. The fellow who wrote that movie was actually a student of Novalyne Ellis, who'd been Howard's girlfriend back in the day. It was a labor of love for him and all the Howard heads I know think he did excellent work.

Charles, do you EVER sleep ?

Excellent, I look forward to more of your advice/tips/etc. need to snag" Writing with Fire" along with the rest.

David J. West, Write with Fire is basically the book I wrote to myself over the years as I tried to figure out this thing called writing.

Wow, plenty to keep you hopping. And us reading! Looking forward to it.

sure hope you still have time to visit!

Pleased to know that about "The Whole Wide World." A life like Howard's deserves respect. D'Onofrio is also a favorite actor. Having grown up in circumstances somewhat similar to Howard, I can identify with his story.

I know two of your new compatriots, Shauna and KS--those two alone put you in excellent company!

As for time, maybe a variation on the French Revolution, with 25-hour days (who would notice the loss of a few minutes per hour?). Here we come, Fructidor -- each month with three ten day weeks . . .

I figured as much. :D

After all, you gotta remember I'm just a newbie, so have pity.

Or simply point your finger and laugh derisively.

p.s. even weirder than I thought:

I want one of those devices that turns the clock back so the owner can live their days twice - then I might actually be able to get a full night's sleep instead of staying up ridiculously late every night... so much to do!

Great, Charles. Maybe I can recruit a few to do reviews of forgotten books, too.

Richard Prosch, It's gonna be tough when I have to go back to teaching school in the fall, man.

Cloudia, oh I'll still be making my rounds as much as possible.

Ron Scheer, D'onofrio actually put some of his own money toward the production of WWW. He was really committed to the project from what I understand.

Bernita, yes it's a motley but good crew.

Erik Donald France, well eventually the earth will slow it's rotation and there actually will be more hours in the day.

G, I think "empathy" is better.

Leigh Russell, time dilation is not just a good idea for sure.

pattinase, that would be cool. I've wanted to do more of those but man I have been so swamped. but there are many deserving books.

Great to hear, Charles! But you're going to need one of those 50 hour energy drinks!

That's quite the undertaking...now I know why you keep mentioning 'naps' on my bench posts. A great way to promote your writing, Charles.

I really don't know how you keep up with everything, the teaching, the novel-writing, blogging regularly - do you sleep?

Cool though, I'll be sure to check it out.

Benjibopper, I stay pretty busy, and when school starts I'll have to cut back considerably on blogging and such things.

I can't keep up with my one blog! But I'll now check out these other ones--especially Novel Spaces. For some reason, probably a decade in Utah, "Elder Signs" sounds awfully Mormon to me

Sage, interstingly, the review I've sent them most recently is a review of an heroic fantasy based upon the Book of Moromon.