The Adventures of an Arkansawyer 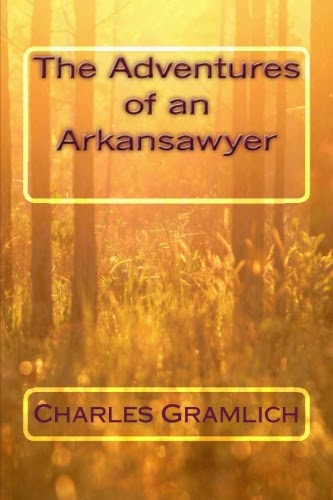 Well, another book goes up on Amazon. This one is called The Adventures of an Arkansawyer. Right now it is print only. It contains two sections. The first one is familiar to some of you. It’s “Days of Beer,” albeit expanded a bit with some fresh memories.” The second section, which is about twice as long, is called “The Adventurers of an Arkansawyer.” Both sections are memoirs.

I always intended to do a print version of “Days,” but it wasn’t long enough on its own.  Back in the spring I decided to a write a companion section with humorous memories from my experiences growing up in Arkansas. I worked on it over the summer and into early fall, until it finally threatened to become overwhelming. I finally subdivided it into two sections, 1) memories from childhood up through graduate school in Arkansas, and 2) memories from the years after I left Arkansas for Louisiana. That latter piece will be called “Tales of an Arkansaw Traveler,” though it is a long way from being finished.

This is the first of my own books that I’ve self published through CreateSpace. I did the Inklings anthology late last year, but that had many other writers in it. Why print only? Well, I figured the biggest interest for my memoir pieces would be around my hometown, but Days of Beer didn’t sell that well there, and I wondered if it was because it was ebook only. So, this time I decided to go print only—at least initially—to see if that would have any effect.

As for doing a later ebook version, I’ve got a question for the blogosphere. Since Days of Beer is already an ebook, I’m wondering whether I should e-publish The Adventures of an Arkansawyer in its complete form, or publish only the section with the new memories. What do you think?  Got to give it some thought.

As always, thanks to my honey for a great cover image. If you want to check out the book itself, here’s the link to Amazon.

Email ThisBlogThis!Share to TwitterShare to FacebookShare to Pinterest
Labels: Days of Beer, The adventurers of an Arkansawyer

hmm...whats to say you could not offer each? for those that already have the one, they could pick up the other...or get it together...

Good luck on sales, especially in the local arena.

As for the e-book, my suggestion: Go ahead and do the full e-book for "The Adventures of an Arkansawyer."

You might even set the beer e-book to perma-free (though that's not always easy), or maybe a shortened version of it, with an author's note that more is available in the longer e-book. Yes, some readers won't like this, but most probably won't mind.

Brian, yeah, I might do that. I don't want folks to pay twice for the same material, or feel like they are. That's my primary worry.

Ty, good thoughts. I appreciate the input. Hadn't thought of the permafree thing

Congratulations, Charles! I'd say do a separate eBook.

Congratulations, Charles! I think an ebook would be a good idea as I do read a lot of those nowadays and besides, I think, it'd be good for sales too. Let the reader decide. By the way, that's a great cover and title.

Decisions, decisions. A hardcore marketer would probably be asking, "Now what would truly delight and surpass the expectations of my readers?"

As long as you make it very clear that both books are included, I'd say go with the full book for e-book. You've expanded "Days of Beer" anyway...
This is very exciting! And the cover is beautiful!
Best of luck with the sales!

Personally I say leave it all print only for a time and then e-book the whole thing, you said there was additions to beer boy Arkansas. Charles Arkansawyer has a nice ring to it.

Alex, been leaning that direction.

Prashant, Lana gets some great pics so I have my covers ready to go with the some formatting.

Ron, if I knew what would please the readers I'd do it. But they confuse me instead. Even though I am one.

Vesper, thanks. I like the cover quite a lot

Arkansaw is term some of us use to avoid spelling the last part of our name like "kansas." :)

Loved DAYS OF BEER. Sure the rest is great too.

I enjoyed Days of Beer and would like to see this on an ereader, but if not, I may break down and buy the printed copy.

Patti, glad you enjoyed. These are many similar kinds of stories but with no beer. :)

Sage, Glad you enjoyed Days. I'm not sure when I'll do the ebook. Way behind with school work for now.

Days of Beer was great and including it is just fine with me.

Congrats once again, Charles. I am proud of you!

Thanks for using my photo, baby. I really like the way the cover came out!

Lana, Yes it came out good. Thanks for helping me pick just the right image.