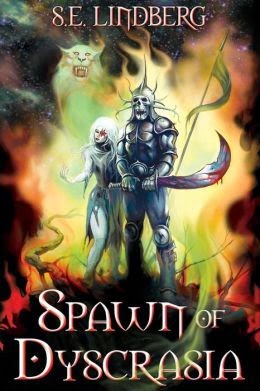 Well, I’m impressed. This is an entertaining fantasy novel that—I would argue—rises to the level of art. I judge that in a couple of ways. First, the actual prose here is simply lovely. It has the kind of poetry and descriptiveness to it that I constantly seek for but seldom find. Note: by lovely I don’t mean that it is sweet and bucolic. Quite the reverse. There are plenty of gore-rich scenes, enough to do a horror novel proud. But the language is so vivid and rich that you can just revel in it. At least, I did.

Second, the thing that really raises this book to the level of art is the fact that the author creates an almost entirely alien world, with many surrealistic elements, and yet never lets the imaginative veil of the story slip. There’s never a moment when you see through the strangeness of the created world to catch a glimpse of the mundane world behind it. This is the equivalent of an actor maintaining a character they are playing even outside the world of a particular film. But, a book typically takes a lot longer to write than an actor would spend living inside a character for a movie. Maintaining the illusion in a novel is hard enough even when the story is much more realistic than the fantasy world Lindberg has created here. I can imagine that doing so took a tremendous amount of focus and attention during the actual writing process. That in itself suggests an artist at work.

The world itself is endlessly fascinating and—in my experience—unique. Although there are beings in the world that resemble insects, and reptiles, and birds, none of them is quite what they seem. You can’t simple file one of the creatures under the label “ant,” or “dragon,” for example, and then feel you’ve captured its essence. They may resemble such beings, but they are not such beings. They are something different, although completely consistent within themselves throughout the story.

Although I enjoyed the book immensely, there is a caveat for the reader that I also want to mention. I would suggest that this book is not one that readers can “toss off casually.” In other words, it demands concentration and focus.  Because the author never makes a slip in world building, it means that if you try to read it with half a mind you’ll probably miss something important. I can pick up the typical thriller or western, for example, skip a page here and there, or let it lay for a week and then pick it up again, without any problem. I quickly found that I couldn’t do this with Spawn of Dyscrasia. I needed to immerse myself in the work in order to truly appreciate it.

All in all, I rate this book very highly. I read it in paperback form and am glad I did because I really like this cover as well and will be happy to see it on my shelves. (The cover is by Ken Kelly, who will be no stranger to readers of fantasy.) There is also a Kindle version of the book, though. The paperback is available from both Amazon and Barnes & Noble, and will run you a little less than $14.00 bucks at either site. The Kindle version is $4.99. There is currently no Nook version.

This is actually the second book of Dyscrasia fiction, by the way. The first is called Lords of Dyscrasia. I’ve not read that one and didn’t feel like I needed to in order to understand what was happening here. A third book is planned and it looks like it will be more closely linked to Spawn than Spawn was to Lords. I’ll be starting Lords of Dyscrasia soon, and will be looking forward to the new book.
----
----

Posted by Charles Gramlich at 10:50 PM

I haven't finished a book in a long while, I bought Dan Brown's Inferno and it lies by my bedside and sometimes in the bed. I do like books that demand focus and attention.

Charles, I have private my blog and start anew at Tumblr. The address is:

with double ii for iiseeit

Charles, I know what you mean about certain books that require a reader's "concentration" and "focus," as in the fantasy and sf books and short stories that I occasionally read. Sometimes I have to re-read sentences and entire passages to understand better, which is a reflection of my lack of competence as a reader rather than on the writer's prose and plot. Some readers have a natural inclination or predisposition to fantasy and sf.

Lisa, I have only read The Da Vinci Code by Brown. I found it fairly pedestrian in reality.

Prashant, A lot depends for me on how much 1 to 1 correspondence there is in a story to the real world. If the story mentions a Factory for example and it is a standard factory, that makes reading easier because I have a ready image to call up for it. This book doesn't really do that so there is more imaginative work that has to be put in. A nice thing, I find.

sounds like one i need to put on the book list...though it will probably be better to wait til the semester of grad school is over...

Brian, I was seldom able to read many novels in grad school. I read collections of short stories mostly.

Just the prose in your reviews is lovely. Although I don't read fantasy I am tempted to see what you're so impressed with.

Patti, it's pretty much the whole package in this case.

I haven't read anything in the fantasy line for many years and just can't get interested. I'll take your word for it being a good book.

I haven't read Spawn of Dyscrasia, of course, but it sounds like S.E. Lindberg,
in his creation of totally alien worlds, is a lot like my fave in sci-fi, the moon module man, Stanislaw Lem.

Oscar, I feel that way about mainstream books.

Ivan, been a long time since I read any Lem.

That is quite a glowing review!

Sage, it might. It has some elements of traditional fantasy but it's also its own thing

yes I read a bit of Da Vinci again recently for my "read out loud book" at my blog and found it like you said, plain, normal and not fast moving at all, so I chose Heidi

I know the feeling (rare as it is) of finding a book that makes you climb the walls again. Fresh perspective and all.

David, enjoyable when it happens, though indeed rare.

Thanks for discussing the difference between entertainment and Art, Charles