Those of you who visit here regularly know I recently had jury duty. I spent most of four days sitting in a room, and while I didn’t particularly enjoy it, I took my kindle along and did get a lot of reading done. I thought today I’d run some capsule reviews of some of the items I finished or at least started during those days. I also reviewed all of these on Goodreads as well, if I could find them listed there at least. I got all but one of these from Amazon. 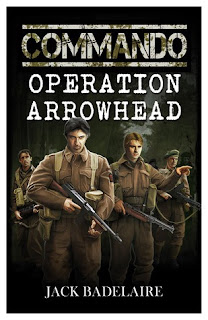 Commando: Operation Arrowhead, by Jack Badelaire:
I used to read a lot of historical fiction but have gotten away from it in recent years. When I read a book like Commando: Operation Arrowhead, by Jack Badelaire, I wonder why I slowed down in reading the genre. Commando takes place in World War II, certainly one of my favorite historical periods to read about, and probably my very favorite judging from the number of WWII books I have around the house, both fiction and nonfiction. The story is set after the Blitzkrieg has overrun France. A small British Commando team is sent in to make contact with local partisan groups and they have to deal with a brutal local Nazi commandant and his zealous troops. Although a fellow named Lynch is probably the main character, we get familiar with several major commando figures and these characters are a lot of fun. I can see lots of room for backstory to be expanded on these characters as the series continues. An afterword to the novel gives some historical backstory on the British Commando units of WWII.

Badelaire’s work fits in nicely with the books I already have on my shelf, reminding me somewhat of the grittiness of Willi Heinrich’s WWII books, but with considerably more action. That action, which is quite graphic and which I like very much, reminds me a bit of some of the stuff we saw in the movie Inglourious Basterds, but told with the greater depth and background that a novel can achieve over a movie. Any movie reference will be somewhat misleading because this book should really be compared against other WWII adventure series, of which there used to be quite a few. I think it compares very well and really enjoyed it. I know there is a second in the series out, Operation Bedlam, and I imagine more are planned. The series is definitely off to a great start. 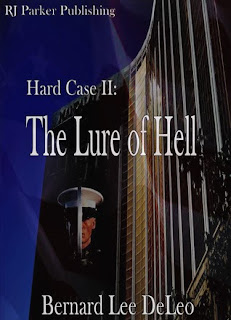 Hard Case II: The Lure of Hell, by Bernard Lee DeLeo
John Harding is back in new adventures with his band of merry “righteous” killers. They’re a group who take the safety of America seriously and aren’t afraid to get down in the dirt with those who would endanger her. In fact, they’ll get lower in the dirt. They often refer to themselves as psychopaths but in reality they are willing to do what it takes to protect the people and country they love. Among themselves and the decent folks around them, they know loyalty and love aplenty.

Hard Case II, however, adds some new folks into the mix, Clint Dostiene, a somewhat reluctant agent of the “Company,” and Lynn Montoya, who enjoys killing, but only of serial killers and lowlifes. There’s the usual adrenalized action and the sometimes wry, sometimes dark humor that mark most of DeLeo’s work. I’m an action junkie so this is right down my line. 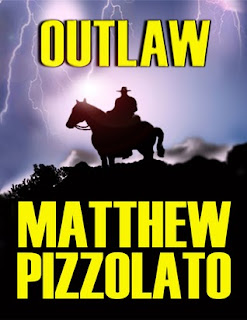 Outlaw, by Matthew Pizzolato
When I started with this book I was afraid it was going to be a bit cliche. The writing was good but the adventures befalling our hero seemed a bit pat. As the book continued, though, the twists started to happen and I really enjoyed the ending, which I did not suspect until very near the end. 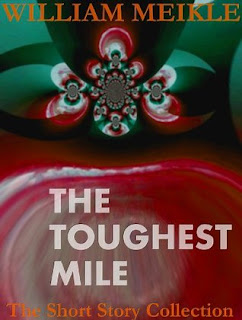 The Toughest Mile, by William Meikle
This is a fantasy short story and is the first work I've read by this author. It won't be the last though. It begins with a pit fighter seeking his freedom, which is not anything new in the genre. But Meikle makes it his own and delivers a solid story with plenty of action, excitement, and some good emotional impact. The prose is also quite good, raising the level of the tale even further. 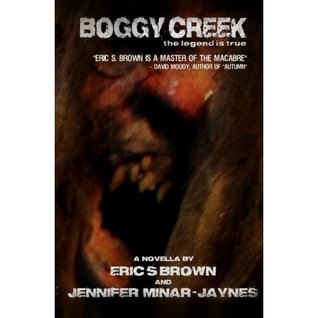 Boggy Creek: The Legend is True, by Eric S. Brown and Jennifer Minar-Jaynes
A fast, action horror read. It's about what you expect from knowing about the movie of Boggy Creek, but it delivers well. I enjoyed it.

NOTE: the following works were not available on Goodreads for me to review, but here’s what I would have said about them. 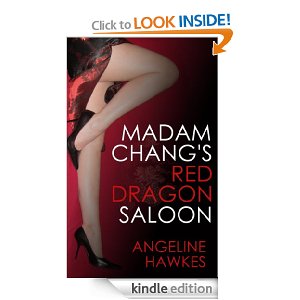 Madam Chang’s Red Dragon Saloon, by Angeline Hawkes (reviewed on Amazon)
This is an excellent tale, a long short story or a short novella. A young Chinese woman in the American West is born with a strange tattoo on her arm. Her family knows what it represents but keep that from her. Only after her family is brutally murdered and she is shown the horrors of the real world does she discover what the tattoo means. Blood and gore are the result, but there's a lot more to this tale, which could easily lead to some sequels. Highly recommended. 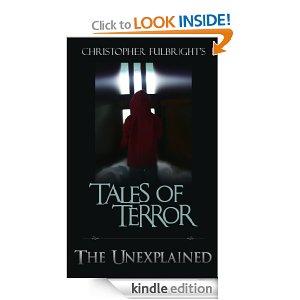 The Unexplained, by Christopher Fulbright (reviewed on Amazon)
This is a collection of short horror stories. It's very well written and creepy as hell. I've read other material by Fulbright and he can write. This is a fairly short collection so it's a quick read. There is still quite a lot of variety among the stories, though. Much enjoyed.

Polysyllabic, by Mark Durfee
This is the only one I didn’t get originally from Amazon. It is a collection of poetry by the fellow we know in the blogosphere as the Walking Man. If you’ve visited his blog you know the kind of hard hitting, intense, poetry he writes about life and politics. This is more of the same, made even more powerful by the accumulated imagery that you get off the pages. Searing is a good word to describe Mark’s work. 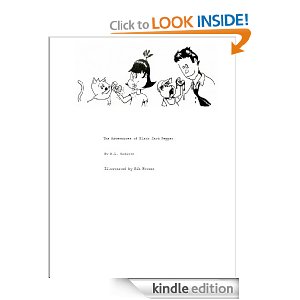 The Adventures of Black Jack Pepper, by M. L. Madison (reviewed on Amazon)


A charming children's book. Black Jack Pepper is a six-year-old girl who decides on that name herself. She and her younger brother and father have many cute and hilarious adventures. I bet many children would love to have it read to them. Now I'm going to have a doughnut.
---
---

Posted by Charles Gramlich at 10:14 AM

I wonder what an attorney or prosecutor might think of you on a jury reading gore? :) I have read several of Mark's work, but don't know this one, is it new?

You summed up my feelings re: Badelaire's book as well, Charles. I really liked it, and the follow-up is just as good.

Thank you, Charles, for a great review!

I'm always nervous about branching out from my favorite WWII and spy novelists. Military historical fiction can be done really well, and it can fail spectacularly. Not many writers can successfully blend historical accuracy and character with original characters and events.

I tend to stick with the ones I know who have got it right in my mind.

Sage, maybe that would be a good thing to tell them if I didn't want to get on a jury.

Chris, I will be getting the follow up soon.

Travis Cody, I used to read a lot of fiction like that but not so much in recent years. Commando was a nice rebirth.

The only one of the books I have is Outlaw by M. Pizzolato, which is still waiting to be read. Your review made it sound enticing with the ending.

You had a lot of down time during jury duty, didn't you?

Thanks for all the reviews!

Oscar, well worth the read.

Alex, I did, and many of these are fairly short, though not all. I read a couple more that I didn't even include here.

Laughingwolf, the few things I didn't like I didn't bother reviewing.

I've read quite a few books about the military, most of them autobiographical. Eugene Sledge wrote my favorite. It was about his time in the Pacific with the Marines. I just finished the firsthand account of the killing of bin Laden. It was one of several books that I've read about the Seals, and made them look worst than the rest. He really laid out there about how unnecessary that killing was and how inappropriate the treatment of the corpse was, yet he didn't seem to realize that either one might have been in any way wrong.

Hey, thanks for the shout-out! That was very nice of you.

Snowbrush, Most of my military reading has been WWII based. at one point I was considering being a history major and teacher.

Mark, it was certainly interesting reading during a jury duty period.

Charles, jury duty seems to have paid off well. These are some really good books. I'd love to read Jack Badelaire's war fiction; it's one of my favourite genres too.

Prashant, high action for sure in that series.

Tell me, Charles, were you ever sorry you missed combat (assuming you did). I used to feel that way, and then I grew-up. Screw getting shot at, maybe hit, but in any event living the rest of your life with nightmarish memories that intrude into both your dreams and your waking hours.

BTW, I got Ambrose Bierce's Complete Civil War Stories from the library yesterday. If you haven't any of them, you probably should because much of what he wrote, he had once lived, and it's as nightmarish as anything Howard did. He's one of these writers who can erase the distance between you and the past, and make it seem only too real here and now.

Snowbrush, when I was young and foolish I used to think war would have been rather glorious. Although it would have been an education, I'm glad I missed it now. To see a real person killed. Even though I enjoy the sturm and drang of war in fiction, I would not want to have it for an experience. I have all of Bierce's Civil War stories. Been a long time since I read them but I should give them a reread.

I doubt I would have gotten much reading done. The tv runs nonstop in the waiting rooms here. And as a people watcher I would lack the attention to read.

Patti, I found a corner as far away from people and the TV as possible.

I love WWII novels too, especially when they're not all derring-do & facts, but have plenty of well-developed plot and character. Unfortunately, I have almost no time to read. Probably shouldn't wish for jury myself, though...

Mary, I do get some reading time in the summer.that's about it.

Charles-your reads differ quite a bit from my current 'beach reads', but I enjoy your reviews nonetheless!

sounds like a good batch of books. i definitely want to check out that Commando one. if you like WWII fiction, have you ever read War of the Rats? forget the author's name, but it's a story basically about a Russian sniper vs. a German big-name sniper, with lots of action and detail. very well told.

they don't frown on you reading during jury duty??

Greg, I never got called for jury duty. I just sat in the jury pool room waiting so they don't care there. I'll have to check out war of the rats. I've heard of it before.

it's a great read, i think you'll like it. very gritty. here's the amazon link:

Greg, thanks. I appreciate it. That'll make it easy to find.