Over the past few years, Yellow Flag Press has been quietly going about their business. That business is poetry. I recently picked up a packet of material from them and intend to do my reviews below. Suffice to say, there is excellent work afoot.

The first collection I read from Yellow Flag was: Katy E. Ellis’s Gravity, 2015. This is a very brief collection consisting of five poems, but it punches above its weight. Each poem deals with the topic of the title. Some lovely lines here: “between the beggar’s cool water and the rich man’s blistered tongue.” There’s a fine sense of heart in these poems. They make you feel.

The pieces arrived in a package with the thinnest work on top, thickest on bottom. For a lark, I read them that way. Next up came In Memoriam, 2015, by Kevin Dwyer. This is also a short work, actually a single long poem. It’s very powerful. Each page was a jewel, with the single exception of page 6, which seemed a bit repetitive. I’m sure there was a reason for the repetition but I didn’t quite understand it. The poem as a whole, though, is highly charged emotionally and left me with a deep sense of the many ways one person can be affected by loss. 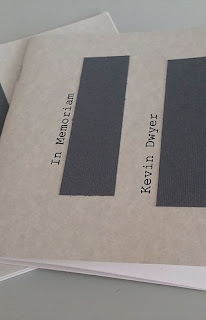 Next up came Sleeping with Animals by Ashley Mace Havird, 2013. Particularly beautiful language here. For the emotions they portray, the first two poems, “Sleeping with Animals” and “Daughter 14, With Scissors,” were almost more than I could handle. After that the pieces seemed to take a step back from that level of soul baring and I really fell in love with many of these pieces. “Hurricane: The Brac,” “The Garden of the Fugitives.” These were my favorites. However, there’s not a single piece here without some memorable line: “cicadas sing themselves out of body, slit their own backs, escape with wings of glass.” 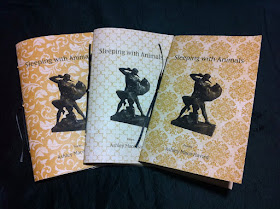 The next collection is Elliptic, by Jack B. Bedell, 2016. This collection perfectly combines pieces that are full of humanity, and pieces full of nature. The very first poem, “First Kiss,” enchanted me. A young girl discovers frogs, becomes entranced. The human captivated by nature’s magic. Later we have the title piece, “Elliptic,” which is about erosion, and yet about more. Nature and humanity are in this thing together. “if we were to lay our dead / here to guard this shore / against new storms / we could not / pile bones quickly enough / to outpace this loss.” 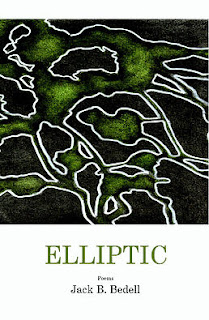 Then I came to Learning to Love Louisiana by Elizabeth Burk, 2012. A very fine collection that resonated very strongly with me. The author is a “city girl,” I believe, who is now married to a Louisiana native and who spends a lot of time here. Here we have appreciations of the local environments but not a blind appreciation. As a whole, the work made me think of my own relationship. My wife is originally from New York City, but moved down here when we married. She too has learned to love the fecund nature of this place. My favorite was “Hush Over Atchafalaya.” “Silvery cypress stumps poke through stagnant waters / like fixed bayonets, ghosts of a forgotten war.” Many of the landscapes and people I know well are reflected beautifully here. 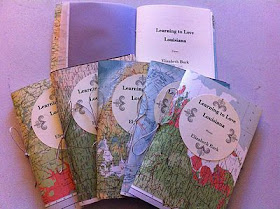 Finally we have Chorus Frog by William Kelley Woolfitt, 2014. My first read through of this collection identified it as nature poems. But it isn’t, strictly speaking—although there is much lovely imagery of nature within it. It was hard to establish a favorite here. Perhaps “Psalm with Sheet-web Spiders as Temple Singers,” or “Flat-Spired Three-Toothed Snail.” “I found more speech pouring from fragments / of sunlight on the ground, from the lichens, / rotting limbs in the leaf litter, and stones / shattered and upheaved…” I even had to learn a new word for this collection, “orogeny.” That’s always cool. 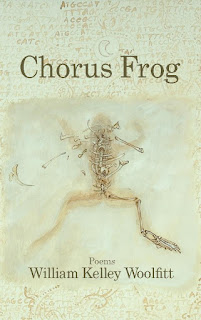 Overall, I thought this grouping was outstanding and it really put Yellow Flag Press on my radar. Of course, now, I think they should be on everyone’s radar.